Media companies are turning to paid distribution and other platforms to insure them against Facebook’s latest algorithm update.

Chris Tolles should be freaking out right now. As CEO of news aggregation site Topix, his is one of the media companies that would seemingly be most affected by Facebook’s recent News Feed algorithm change, which is expected to throttle the traffic the social network sends to publishers’ sites. According to Similar Web, in December 2016, Topix received 37 percent of its US desktop visitors from Facebook. Yet Tolles isn’t too troubled.

“We’ve experienced this platform holdback before with search,” said Tolles, referring to Google’s Panda update, which choked traffic to sites that published content specifically designed to rank highly in its search results. Following Google’s move, Topix switched its focus from search to social, publishing slideshows, quizzes and other articles intended to elicit high engagement. But it also adjusted its approach to harnessing platforms to attract traffic — turning to purchasing paid media.

“The whole thesis was we’re going to get traffic by working with platforms in a way that they should be aligned with, which is to pay them money,” said Tolles. 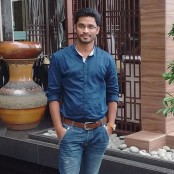